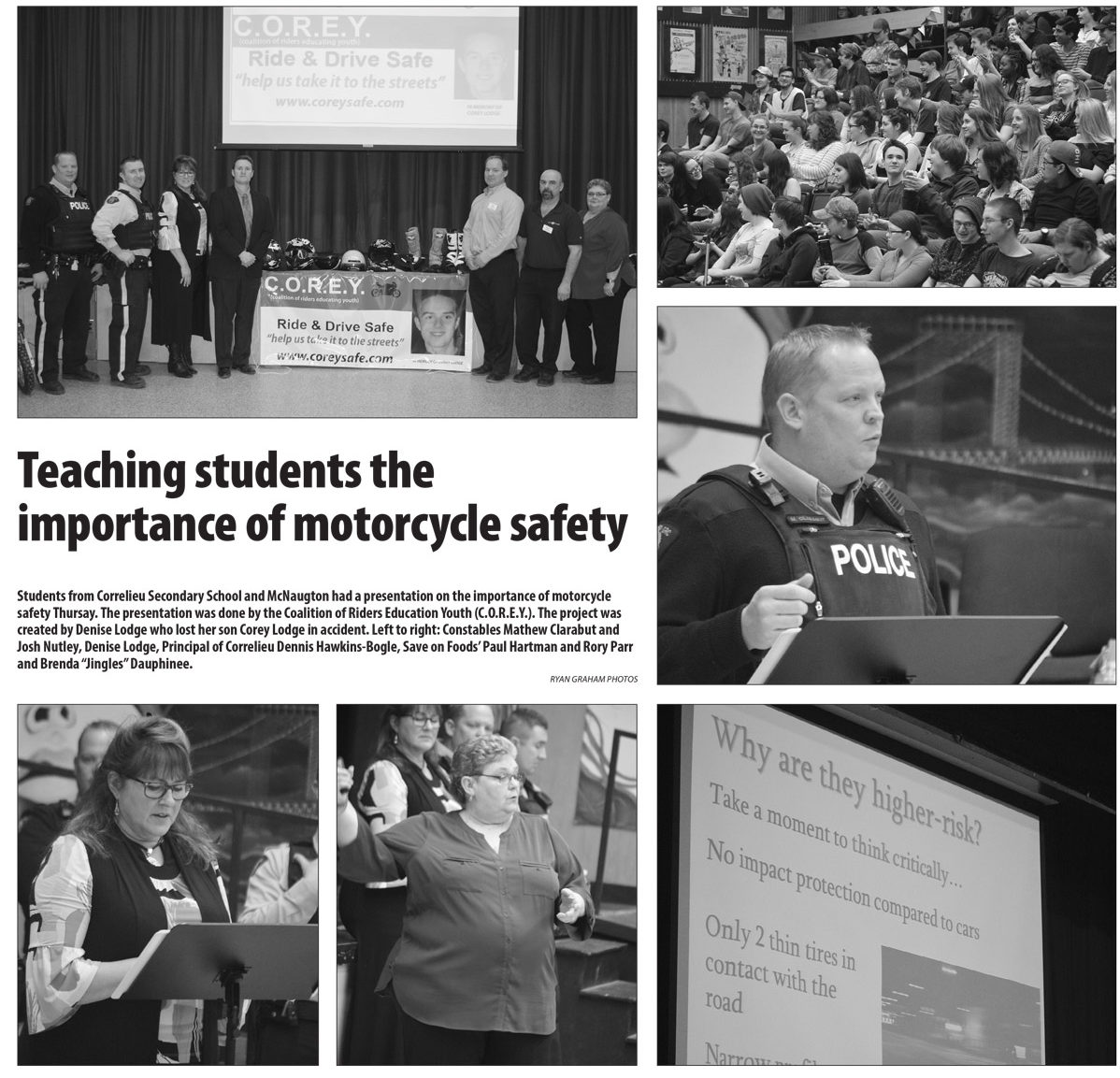 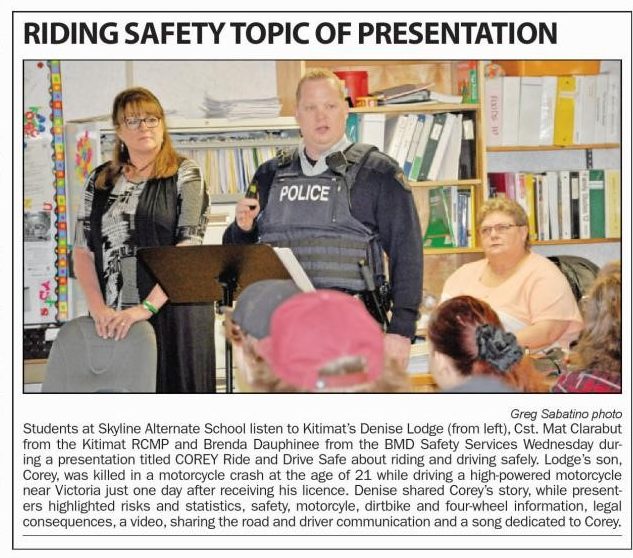 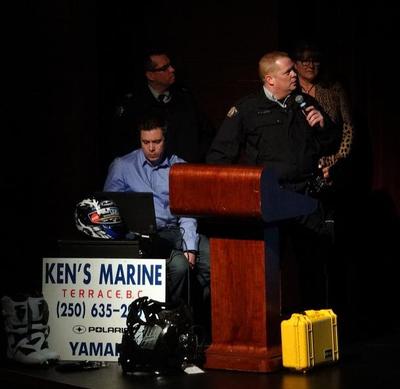 The Coalition of Riders Educating Youth is traveling across the North West giving presentations to schools on Motorcycle Safety. This project was started by Denise Lodge, who lost her son Corey Lodge, who was 21, in an accident 11 years ago.

“[We are presenting] motorcycle safety for C.O.R.E.Y.,” said Lodge. “On March 2nd, 2005 [Corey] wrote his learners test, March 2nd, he bought his super sport bike, March 3rd, less than 24 hours later, he died on the highway. Just so you can go and write a learners test doesn’t mean you can go out and be able to navigate well.”

Corey grew up in Kitimat so the Northern BC has been selected as the pilot project for these presentations. Lodge stated she hopes to take this message to the rest of the schools.

Standing with her at the podium in Kitimat were Corey Bewness from Road Safety BC and Constable M. Clarabut from the RCMP who presented on different aspects of motorcycle safety. She stressed that having the right training and the right gear to ride a motorcycle were important, and riding a motorcycle is not easy as it looks.

During the presentation, students were asked to provide their thoughts on how riding a motorcycle is different than driving a car. They were told there were many different ways a person on a motorcycle could lose control and they would have to be ready for them if they wished to ride.

The five key points of the presentation have been reproduced below:

1: Take Training from an ICBC-licensed school

4: Don’t ride a model of motorcycle that is powerful beyond your skills

5: Never drive with any drugs or alcohol in your system

Each of the students was given a bracelet, which were donated by Save on Foods.

Lodge has been working with the government to bring about a graduated license program.

The Goal of the presentation is to ensure the students know how important it is to obtain the skills to ride a motorcycle, the proper equipment they need to have, the consequences of their choices and what makes or breaks a ride.

“Since Corey’s death in 2005 over a 6-year span to 2011, the Motorcycle injuries and fatalities in British Columbia alone, over those 6 years, had been 294 fatal victims and 3,852 seriously injured victims in motorcycle collisions. These did not have to happen,” said Lodge by email after the presentation.

She hopes: “We can touch one heart and save one life.” 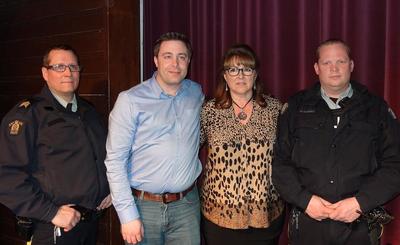